I have the unmistakable pleasure of being friends on Twitter with the amazing David H Thornton, who you might recognize as Art the Clown from the fantastic horror film Terrifier. The more I read about him the more intrigued I became. Art the clown does not speak yet David gets across every notion of Art’s intent and action, then I come to find out he is a  voice actor to with a wide range of voices and inflections. Color me curious to find out more about this compelling man and actor. Lets get to the questions!

How long did makeup take and was it really uncomfortable?

~ It took about 3 1/2-4 hours to apply uninterrupted, though usually longer since Damien was doing my makeup and would occasionally have to leave me to go film or set up shots. The mask itself was not uncomfortable since it was molded and glued to fit my face. The teeth were not bad since they were also molded to my teeth, but they did make me drool a lot. Because of this, Damien was constantly touching up my makeup around my mouth. The contacts were the worst for me since I don’t like things in my eyes. I truly suffer for my Art!

Art doesnt speak much, everything was expressed by your face or your body. Did you study improv or actual clowning?

~ I didn’t take professional classes on clowning, though I am a lifelong student of it and learned from the performances of those that perfected the craft before me such as Chaplin, Harpo Marx, Keaton, Carrey, and Doug Jones. My two biggest influences, however were Rowan Atkinson and Stefan Karl. I would watch Mr. Bean over and over when I was younger to learn from Rowan and applied that knowledge to many characters that I played. However, it was not until I understudied Stefan Karl (who you might know as Robbie Rotten) as the Grinch for 5 years, that I personally had someone that could mentor me and help me fine tune my skills in this area. Stefan was a master at physical comedy and I learned much from him over those years. Sadly, he recently lost his battle with cancer. I intend to carry on his legacy in my own way. 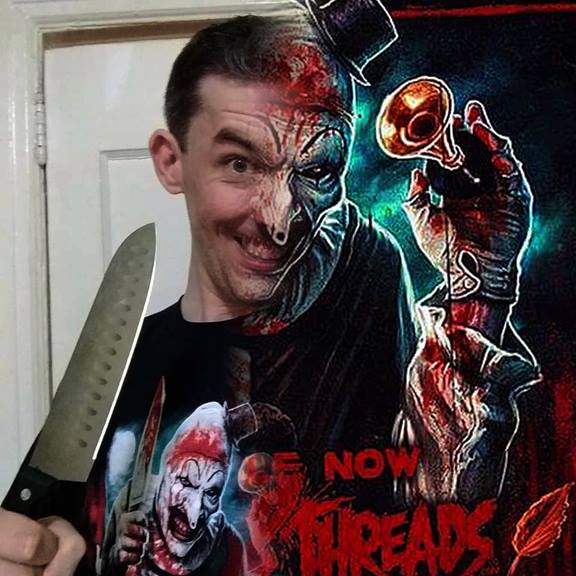 Are you a fan of horror?

~Oh yes! Very much so! Though I was a little late to the game since I only got into horror when I was a senior in high school since my mom never liked those movies and would not want them played in the house. I was basically dragged to Scream 2 by my friends and discovered a love for the genre. I have not stopped watching since!

Favorite horror movies and or books?

~Movies: Top 5 (besides Terrifier) are; Texas Chainsaw Massacre, Nightmare on Elm Street 3, The Omen, The Exorcist, and Halloween. Books: I am a very big Stephen King fan and just finished “It”. Any of his will work here, especially The Stand or The Dark Tower Series. Also “Scary Stories To Tell In The Dark”, and “13 Alabama Ghosts and Jeffrey!” Loved those books as a kid!

How did you get into voice acting and how many voices can you do?

~ I discovered my first voice in the 1st grade during story time when a girl in my class passed me a note asking if I would be her boyfriend. I let out Goofy’s “Gawrsh! Ah hyuck!” and a new passion was born. Who Framed Roger Rabbit introduced me to the legend that was Mel Blanc. When I discovered that one man did all of those voices, I wanted to learn to do the same and took it upon myself to do so. Any time I hear an interesting voice, I feel compelled to learn how to mimic it. Now I do well over 200+ character voices (I lost count years ago) and have turned that into a career that I enjoy doing! I’d love to be the voice of Bugs Bunny or Mickey Mouse one day

~ That is such a Sophie’s choice since I do so many! I’d say that some of my best are Bugs, Krang, Mickey, Shaggy, and Barney Fife though.

What style of acting did you study?

~Oddly enough, none. I actually have a degree in teaching and did not go to school for acting. I simply learned from watching my superiors and people in general and adapted to what worked best for me over the years.

What would be your ultimate role?

~ The Joker, bar none. He’s my favorite villain of all time and I love him dearly. I do play him on a web series called Nightwing: Escalation. However, I would love to play him on tv or on the big screen. I’ve seen so many great live action portrayals of the character, but not a single one of them was what I think is a true depiction of the actual character from the comic books. In my mind, Mark Hamill’s is the closest, and is what I base my version largely off of. I’d love to bring my version to the masses one day. 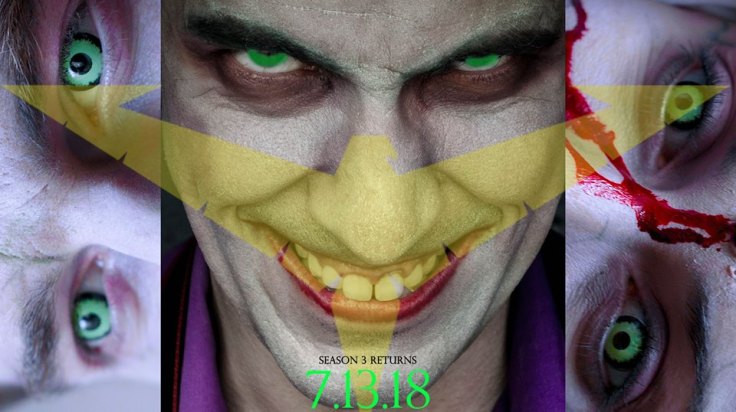 Any other special skills?

What would you like people to know about you?

~That I feel extremely fortunate to have a career that I truly love doing and that I am eternally grateful to my fans for giving me this chance to live my dream. I thank you all from the bottom of my heart!

~It is a lesson that I learned 16 years ago when my mom passed away from cancer and also a similar mantra that Stefan Karl lived by: Live the life that you want. We only get one shot at this world, so why not live it to its fullest and pursue the dreams that you have? You never know what you may be capable of until you try. Life is now.