I have a good friend on Twitter with a fabulous website called The Horrorcist from London, England. Great trailers, and movie reviews and amazing discussions on all things horror. I was fortunate enough to get to ask some questions from the team, so lets get to all the enlightening horror answers!

I just love horror! The way it makes the hairs on your arm stand is like nothing you’ll ever feel in another genre.

What scares you and your team?

I think for myself, the things that scare me have to be the supernatural paranormal side of things. I mean, it could happen right and if it did, the demons you’ll face are demons you’d never ever wanna face or could even imagine existed.

What is the best horror genre and why?

It’s hard to say what’s the best horror genre as I love them all to be honest. You’ve got your good old slasher for the gore side of things and then the paranormal side of things that really scare the shit out of you as well as a jump scare. If I really had to pick, it would be supernatural/paranormal Horror.

Some of your favorite slasher horror films?

My favorite slasher films will have to be your Halloweens, Friday The 13th’s, A Nightmare On Elm Street films, Texas Chainsaw Massacre and Scream.

Some of your favorite paranormal horror films?

Some of my favorite supernatural films will be the likes of Insidious, Sinister, The Conjuring, The Exorcist and Poltergeist to name a few. The list goes on haha oh, and I’d like to mention IT and The Final Destination franchise! 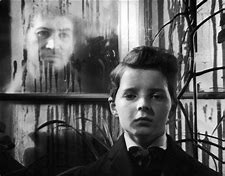 Some of your favorite Horror comedies?

My favorite horror comedies will have to include Shaun Of The Dead. I absolutely love that film. Nick Frost and Simon Pegg are the perfect duo. Severance is also another good horror comedy along with the obvious, Scary Movie franchise.

What type of horror do you think we are gonna move into in the 2020’s?

I think we’ll see a lot more slasher films in 2020. The genre will stay host of your paranormal films still as that will be big in the coming years but, personally, I can see some more slashers hitting the big screen. This year’s Halloween will kick start the slasher hype again along with the news that another Halloween film is already in the works that could be released next year! Also, could we potentially see another Friday The 13th film? Who knows…

Some of my top horror directors will include a lot of other horror fans pick such as John Carpenter, Wes Craven and George A. Romero but, I’d also add James Wan, Andy Muschietti ,Scott Derrickson, and Tobe Hooper. I’d like to mention a couple of upcoming directors from the indie scene who are going to be a name in horror. Michael Kehoe and Charlie Steeds. Both these guys are super talented.

Favorite guest and stories from the Demonic Podcast?

I can honestly say every guest on The Demonic Podcast was amazing. It was great to hear about their roles in horror and how their journey began. The Demonic Podcast will be returning again soon for sure and I’ll be co-hosting alongside  Zobo With A Shotgun and Rachael Rumancek.

I want to thank the Horrorcist so very much for taking the time to answer my questions! To learn more about the site and catch up on The Demonic Podcast just go to: