Hello everyone! Just your Horrormadam here to bring you another astounding horror author, A.R. Braun. I enjoyed Grimoire so much that I started reading up on him and he is not only extremely talented as a writer but I also read about him on Amazon and found out that he is also diverse in all of his endeavors.  As well as his many writings he has taken Okinawan and Shotokan karate, kung fu, krav maga, and taekwondo and practices self-defense once a week, along with boxing and wrestling, which he’s also studied. He works out like a football player every other day when he’s not working out with the medicine ball or jogging. You can reach him on Twitter as @ARBraun and on Instagram as a.r._braun.  So let me ask him some questions so you can get to know him and get started reading his work!

1. Can you tell my readers a little bit about yourself?

I’ve been a full-time horror author for almost thirteen years. I’ve been a horror-movie fan since I was five—The Blob with Steve McQueen on Creature Feature—and I got inspired to write when I had to read “The Telltale Heart” by Edgar Allen Poe at high school when I was sixteen. I was never the same. When I was seventeen, I bought every issue of Chillers mag, which had articles of horror movies, as well as horror short stories by up-and-coming authors. By the time I was eighteen, I had the whole Stephen King collection. I want to say I’m an extreme-horror author, but then again I don’t, because I think regular horror is scarier than extreme- or bizarro horror.

I’m also a one-man-band. I overdub the guitars with the vocals, bass, and drums so it sounds like a group. The main project is black-death metal, but I have side projects: power metal, traditional heavy metal that’s thrashy, and speed metal/thrash.

2. When and why did you get into writing?

I was writing stories for my friends to read by the time I was eighteen. I got into it seriously when I read On Writing: a Memoir of the Craft by Stephen King. I realized I could really do this professionally.

Because it’s fun. It’s a rush when a horror story or movie actually scares you.

4. What authors inspired you?

So many. King, Koontz, Ira Levin is my favorite author, Shirley Jackson, Gary A. Braunbeck, Jack Ketchum. The Not is my Coffin County by Gary Braunbeck, and Only Women in Hell is my The Girl Next Door by Jack Ketchum, both with an original spin, of course. Only Women in Hell is based on the case of Joseph and Elisabeth Fritzl from Austria, like Jack‘s The Girl Next Door, which is based on reality.

The Devil. Demons: a black mass is a black smoke that’s demons, and if you ingest it, you kill people. Bouncing on my bed because I’m possessed. Seeing things out of the corner of my eye, then I turn, and nothing’s there. A feeling of being watched. Cops, bedbugs, ghosts, insane women. I prefer to write about people who go insane, or ghosts or demons because they’re real, and it’s scarier. No one is scared that vampires are going to come after them in real life. 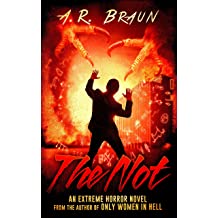 I like black metal/death metal, and power metal. There’s a new thing where you can be both black metal and death metal like Behemoth, Belphegor, and God Dethroned—it’s a thing—and I am that. Heavily influenced by Cannibal Corpse, Morbid Angel, Deicide, Nile, Marduk, Immortal, and Nocturnal Rites.

7. Where do you get your ideas?

I got my ideas for “Cryptid” and “Dark Web” from videos on YouTube. This has given me some of my best ideas. It’s a great place to research. Dybbuk boxes, MK Ultra mind-control glitches, what the best weapons were in medieval times, you name it, it’s on there. Also, with “Cryptid,” I’ve been reading a lot of books and watching a lot of movies about cryptozoology—the study of hidden or unsubstantiated animals. I’ve released Dogman of Illinois, my new novel about a cryptid. And, of course, “You Can’t Go Anywhere” was influenced by the news. I tried to go too far with that one so Grimoire would be a banned book. Getting banned, or having people faint or run out of the room or have a heart attack while reading my tales, it’s a dream. 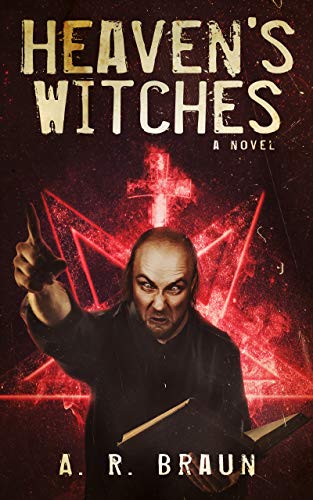 8. If you weren’t a writer what else would you pursue?

Well, I worked regular jobs for twenty-one years, but I can’t imagine doing anything else than writing horror (and metal music). And you don’t have to retire. You can write books at a desk ‘til you die.

9. Do you have any favorite horror films and or tropes?

Yes. I actually have two lists: my 101 Scariest Moments like on the Bravo Channel, and my top 400. Right now my favorite movie is Doctor Sleep, but if you asked me what my all-time favorite is, it’s probably Fulci’s The Beyond. 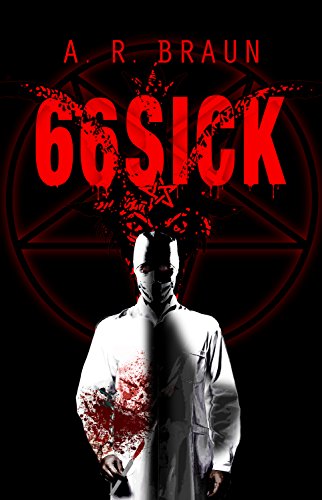 Paperback cover for Grimoire, as one with a golden pentagram, is the ebook.

I want to thank A.R. so much for taking his time to answer my questions and introduce me to such an amazing and fear-inducing author! Make sure and get his books now, just don’t expect to sleep for a while after. Here are a few of the links!